Facility costs are a large component of benefit spend (40%-55%). Facility charges include: inpatient, outpatient, ER, Urgent Care Center and diagnostics. There has been a lot of press (TV, Paper, Electronic) regarding the freedom facilities have to up-charge for services. National data identifies mark ups vary from 300% up to 10,000%. Hospital billing varies wildly according to the New York Times article. As insurance carriers negotiate contracts with facilities, the charge for services becomes a moving target. Gerard Anderson, Director of Johns Hopkins Center for Hospital Finance and Management stated, “charges that were 10%-20% over cost were reasonable. However, charging 400% more that what it costs has no rational basis at all.”

It is becoming realized that discounts are illusions. While large insurance carriers boast about their discounts, the real problem is that hospitals are at liberty to “mark up” to the point where a discount is not effective. According to Caroline Steinberg, VP Trends & Analysis of American Hospital Association, “The hospital raises its rate to cover the discount.” So therefore getting a 50% or even 60% discount off of the hospital’s charge-master price of an item that costs $13 and lists for $199.50 is still no bargain.

Here are two examples overcharges, improper codes, and the spiraling cost of care. In essence there is no one watching out for the member and employer/plan sponsor. 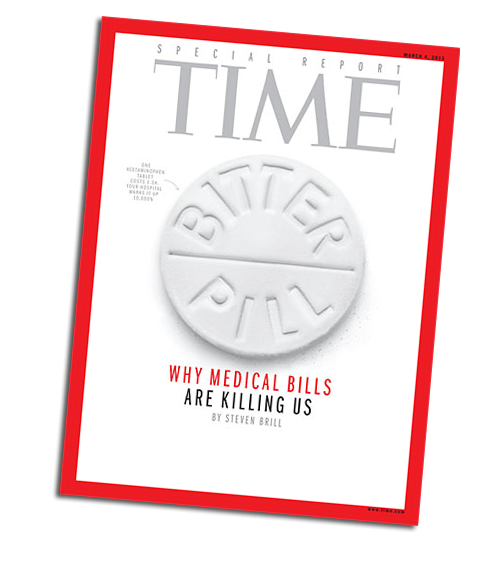 “The hospital raises its rate to cover the discount.”

Have our experts review your current plan and identify areas of opportunity to reduce your spend.

Get Started
Scroll to top